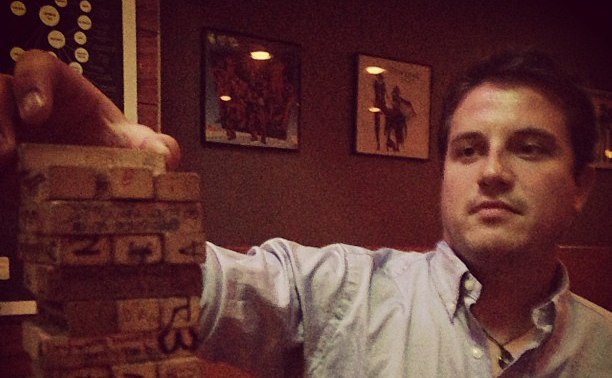 My name’s Brian “Bri” Manning and I’ve been working as a developer since 2006.

I also travel as much as I can, lived in a van for while (twice), played rugby for years, and was saved from a fire in my New York City apartment by my heroic dog. I have a talented sister, an extremely tough mother, a dad I’m more like every day that goes by, and an amazing fiancee. I’ve lived in Massachusetts, Connecticut, on Long Island, in Manhattan, and in Santa Monica.

During and after college I created a small, bootstrapped startup. The startup made software to help sports coaches. I started it with a friend and when he dropped out due to having an actual paying job (the horror!), I tried to go it on my own. That was one of the worst and best decisions of my life. It was a learning experience that shortened my lifespan and hardened a few arteries.

After some time of working on that and freelancing to get by, I decided to get a job at an agency in July of 2009. I worked at Bootsoft, a development agency in New York for two years, as a .NET developer and moving up to tech lead. I changed jobs in July 2011 and went to VEVO. There I led the release of a brand new version of the VEVO website.

In May of 2012, I took a big leap across the country and moved to Santa Monica to work at Viddy. Viddy was the hottest startup around when I started. I was able to see the ups, downs, and ups again of a startup from the inside, including our acquisition by Fullscreen! I updated their internal web and Android tools, improved the Rooster Teeth Android app, and launched both the web and Android portions of their subscription video service.

As for the more nerdy part, I enjoy working with a few different technologies: Java and Kotlin on Android, JavaScript, HTML5, CSS, SASS, Ruby on Rails, Python, and occasionally SQL. I’ve spent an especially large amount of time working with web video both HTML5 and Flash. More recently, I’ve focused on Android.